Mind YOUR Freedom or THEY will !!! 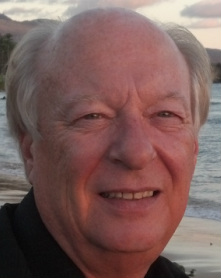 "Whenever you find you are on the side of the majority, it's time to pause and reflect..."
- Mark Twain (Samuel Clemens)

'Fairness is about equality of opportunity, not equality of outcomes'
"You cannot help the poor by destroying the rich.
You cannot strengthen the weak by weakening the strong.
You cannot bring about prosperity by discouraging thrift.
You cannot lift the wage earner up by pulling the wage payer down.
You cannot further the brotherhood of man by inciting class hatred.
You cannot build character and courage by taking away people's initiative and independence.
You cannot help people permanently by doing for them, what they could and should do for themselves."          - Abraham Lincoln

"Without debate, without criticism, no administration and no country can succeed and no republic can survive.”  - John F. Kennedy
“My goal each day; I try to leave it a little better than I expected to find it !”  - Don Fitzgerald
-- 0 --
“This system is incredible; did you know that I can buy my 51% share of the voters with tax money taken at gunpoint from my opponents, and no one says a word – it’s amazing…”  - Barack Obama
-- 0 --
“A democracy cannot exist as a permanent form of government. It can only exist as a permanent form of government until the majority discovers it can vote itself larges out of the public treasury. After that, the majority always votes for the candidate promising the most benefits with the result the democracy collapses because of the loss of fiscal policy ensuing, always to be followed by a dictatorship, then a monarchy.”             - Alexander Fraser
-- 0 --
“Do not blame Caesar, blame the people of Rome who have so enthusiastically acclaimed and adored him and rejoiced in their loss of freedom and danced in his path and gave him triumphal processions.  Blame the people who hail him when he speaks in the Forum of the ‘new, wonderful, good society’ which shall now be Rome’s, interpreted to mean: more money, more ease, more security, more living fatly at the expense of the industrious.”  - Marcus Tullius Cicero
-- 0 --
"I built this business without gov't help. Obama can kiss my ass."
- Ray Gaster (President Gaster Lumber - Savannah GA)
-- 0 --
"If you’ve got a business, You didn't build that, somebody else made that happen." - Barack Obama
-- 0 --
"If you can explain it simply, you don't understand it well enough..."  - Albert Einstein
-- 0 --
"My view on new taxes;  Don't expect to build up the weak by pulling down the strong."
- Calvin Coolidge
-- 0 --
These are "must to view" with your Grandkids - simple Life Lessons that we all have understood since birth - why have so many forgotten?
http://www.youtube.com/watch?v=3h8O7V-WxWQ&feature=youtu.be
https://www.youtube.com/watch?v=zAFCAWNFJPg
https://www.youtube.com/watch?v=Oj5DxlCOybE
-- 0 --
"Try and Fathom the hypocrisy of a Government that requires every citizen to prove they are insured ... but not everyone must prove they are a citizen"  Can this be ?
-- 0 --
Can't watch this only once, worth 5 min.     Freedom = youtube.com/watch
-- 0 --
Interesting that the OUR Past President (Obama) feels the need to demand that countries in the Mid-East protect their Borders and enforce Laws enacted  years ago, but at Home OUR President feels no need to protect OUR country from invasion and gives only "Lip Service" to "We the people" on controlling OUR Borders. Enforce OUR laws first...  I guess it all comes down to what is really important - keeping HIS voter pool alive, well and living in the USA - awaiting the next election.
-- 0 --
"It's not that liberals don't know anything, it's just that so much of what they know is wrong."                          - Ronald Reagan
-- 0 --
If you can't stand behind our Military,  Please feel free to stand in front of them!
-- 0 --
"We the people are the rightful masters of both Congress and the Courts, not to overthrow the Constitution but to overthrow the men who pervert the Constitution."  - Abraham Lincoln
-- 0 --

"Some people make things happen; some people watch things happen; and some people wonder what happened.  Which one are you ?"
-- 0 --
"When people fear the government - that is tyranny: When government fears the people - that is liberty."     - Thomas Jefferson
-- 0 --
"We, the Fools of Fools"
"The danger to America is not Barack Obama but a citizenry capable of entrusting a man like him with the Presidency.  It will be far easier to limit and undo the follies of an Obama presidency than to restore the necessary common sense and good judgment to a depraved electorate willing to have such a man for their president."
"The problem is much deeper and far more serious than Mr. Obama, who is a mere symptom of what ails America.  Blaming the prince of the fools should not blind anyone to the vast confederacy of fools that made him their prince.
"The Republic can survive a Barack Obama, who is, after all, merely a fool.  It is less likely to survive a multitude of fools such as those who made him their president."

“ I do not choose to be a common man.  It is my right to be uncommon.  I seek opportunity to develop whatever talents God gave me – not security.  I do not wish to be a kept citizen, humbled and dulled by having the state look after me.  I want to take the calculated risk; to dream and to build, to fail and to succeed.  I refuse to barter incentive for a dole.  I prefer the challenges of life to the guaranteed existence; the thrill of fulfillment to the stale calm of utopia.  I will not trade freedom for beneficence nor my dignity for a handout.  I will never cower before any earthly master nor bend to any threat.  It is my heritage to stand erect, proud and unafraid; to think and act for myself, enjoy the benefit of my creations and to face the world boldly and say – ‘This, with God’s help,  I have done.’   All this is what it means to be an American.”
Thank You for your time and the opportunity to earn your business !
Randy Fitzgerald – Fitzgerald Group, LLC

Ø  A MAN  for hard work and rapid promotion; a man who can find things to be done without the help of a manager and three assistants.

Ø  A MAN  who get to work on time in the morning and does not imperil the lives of others in the attempt to be first out of the shop at night.

Ø  A MAN  who is neat in appearance and does not sulk over an hour’s overtime in emergencies.

Ø  A MAN  who listens carefully when he is spoken to and asks only enough questions to unsure the actual carrying out of instructions.

Ø  A MAN  who moves quickly and makes as little noise as possible about it.

Ø  A MAN  who looks you straight in the eye and tells the truth every time.

Ø  A MAN  who does not pity himself for having to work.

Ø  A MAN  who is cheerful, courteous to everyone, and determined to make good.

Ø  A MAN  who works for his family, as well as for his employer; one who gets his happiness from the simpler things of life, finds time for recreation, but does not let recreation interfere with his work; one who lives within his means.

Ø  This MAN  is wanted everywhere.  Age or lack of experience does not count. There isn’t any limit, except his own ambition, to the number or size of jobs he can get.  He is wanted in every business across our great land.

A paper given to me by my Father, Don Fitzgerald, before my first job, near my twelfth birthday.
"Reprinted by permission from Fitzgerald Group, LLC  -  All Rights Reserved 2000-2019”

It’s most likely that your HR department would squirm at the thought of this hanging in your office  –  for fear that,  you and your company would be dragged to the highest court or through the streets by a mob of government / liberal lawyers,  but perhaps it is time again…

“I believe in the supreme right of the individual and in his right to life, liberty and the pursuit of happiness. I believe that every right implies a responsibility, every opportunity, an obligation; every possession a duty.

I believe that the law was made for man and not man for the law; that government is the servant of the people and not their master.

I believe in the dignity of labor, whether with head or hand; that the world owes no man a living but it owes every man an opportunity to make a living.

I believe that thrift is essential to well-ordered living and that economy is a prime request of a sound financial structure, whether in government, business, or personal affairs.

I believe in the sacredness of a promise, that a man's word should be as good as his bond; that character-not wealth or power or position is of supreme worth.

I believe that the rendering of useful service is the common duty of mankind and that only in the purifying fire of sacrifice is the dross (waste matter) of selfishness consumed and the greatness of the human soul set free.

I believe in all-wise-and all-loving God, named by whatever name, and that the individuals’ highest fulfillment, greatest happiness, and widest usefulness are to be found in living in harmony with His will.

I believe that love is the greatest thing in the world; that it alone can overcome hate; that right can and will triumph over might.”

This is a short story of an elderly carpenter who was ready to retire. He told his employer, a contractor, of his plans to leave the home-building business. He explained the need to live a more leisurely life with his wife and enjoy his extended family. He would miss the paycheck, but would always have the pride of his accomplishments, but he needed to retire. They would get by !

The contractor was sorry to see his best carpenter go and asked if he could build just one more house as a personal favor.  The carpenter reluctantly said yes, but in time, it was easy to see that his heart was not in his work.  He resorted to shoddy workmanship and used inferior materials,  way-out of practice from the standards he had spent a lifetime mastering.  It was an unfortunate way to end a dedicated career of superior craftsmanship, but who would care or know, did it really matter ?  Not this time !

When the carpenter finished his work, the employer came to inspect the house.  He handed the front-door keys to the carpenter.  “This is your new home,” he said,  “my gift to you – enjoy your retirement.”  The carpenter was shocked !  What a shame !  If he had only known he was building his own house, he would have done it all so differently.   So it is with us.  We build our lives, a day at a time, often putting less than our best into the building process.  Then, with shock and amazement, we realize we have to live in the house we have built.  If we could do it over, we’d do it so much differently.  But we can’t go back..

Remember, YOU are the carpenter !  Each day you hammer a nail, cut a board, or go through the fabrication process.  You are building YOUR house, “Life is definitely a do-it-yourself project.”  Your attitudes and the choices you make today,  build the  “house” you will live in tomorrow.

To the TOP
We THE People... As I see it ! - Fitzgerald Group, LLC, USA, America, Canada